Father’s Day is almost here. Do you have plans yet? Treat Dad on Father’s Day to PJ Lobster House. 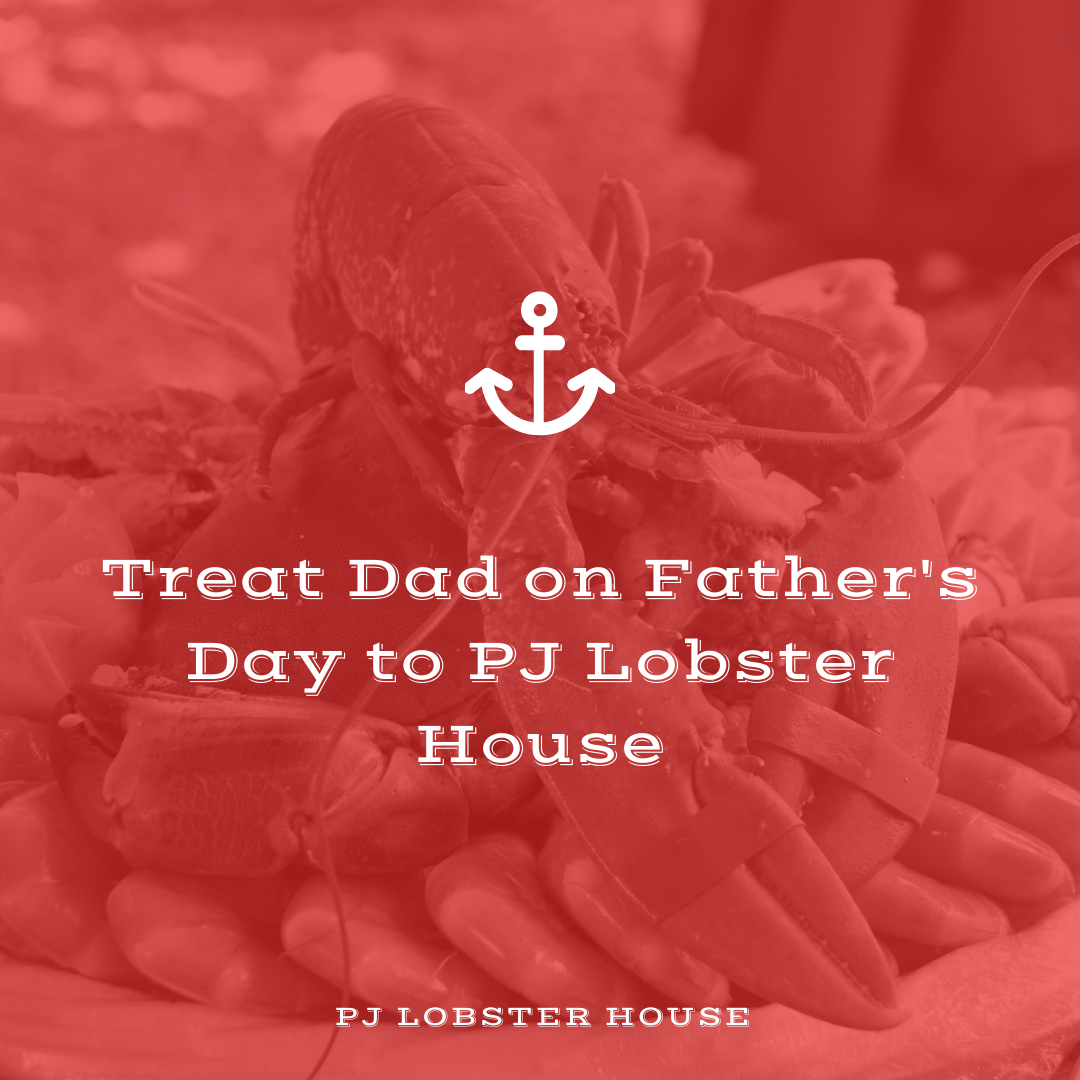 Father’s Day isn’t just a modern holiday. It actually has roots dating all the way back to medieval Europe. The Catholics dedicated an entire day to fatherhood, paternal relationships, and fathers. By the 20th century, the holiday made its way to America. Father’s Day as we know it followed Mother’s Day, which was started by Ann Reeves Jarvis. Her goal was to unite people after the Civil War by celebrating mothers.

Any dad who loves seafood will love PJ Lobster House. We have a wide variety of seafood dishes your dad can order from on Father’s Day. Consider our cold lobster roll for dad, which is made from hand-picked lobster meat mixed with celery and Hellmann’s mayonnaise served on a toasted New England style hot dog bun. We also have a fried oysters basket made from deep fried local oysters served with french fries, coleslaw, and tartar sauce. We even have a traditional clambake made from 1 1/4 pound steamed lobster and a choice of steamers, mussels, or six steamed clams, served with a steamed red potato, an ear of corn, and a house garden salad.

If it’s just you and dad this Father’s Day, consider ordering our all inclusive dinner for two for just $55. You and your dad each get your own choice of a soup or salad. You also get an appetizer to share and your own entree. Dinner is completed with you and your dad’s choice of a triple chocolate cookie skillet, hot apple pie, killer key lime pie, fudge brownie sundae, smashed blueberry pie, creme brulee, raspberry sorbet, creme brulee cheesecake, ice cream, vanilla cheesecake, or funnel cake fries to share.

PJ Lobster House is open Father’s Day, June 20, from noon to 9 p.m. We hope you will celebrate Father’s Day with us on Sunday!