Popular Shrimp from Around the World

Shrimp is one of the most popular food items in the entire world. New ways to prepare the crustacean for consumption come with each different country and culture. Here in the United States, we like them breaded or mixed in with cocktail sauce or pasta. Today we’ll be looking at some of the different species of shrimp that exist globally and the countries with the exact geographic location. It’s time to expand your mind to new horizons as we explore this diverse (and tasty) species. 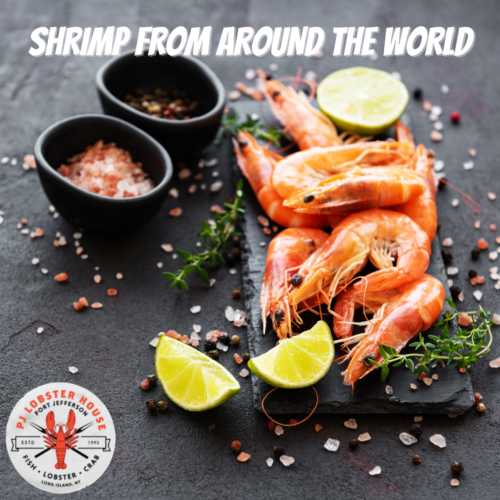 If you live in the Florida area, you’ve more than likely come across this type of shrimp. Native to Florida, the Bahamas, and Mexico, where they’re harvested, this shrimp averages about 3 inches in length. Their name comes from their shell, which is calcified over their lifetime.

These are slightly larger than the typical rock shrimp found in many eateries in the southwest. Pink shrimp grow up to eleven inches long and are harvested by trawling the waters in which they’re native. These include the Chesapeake Bay, the Gulf of Mexico, and even as far south as the Yucatan Peninsula.

As their name might suggest, Tiger shrimp are both large in size and can be found in Asian waters. Predominantly located near countries such as South Vietnam and over a foot long when fully grown, these are the most giant shrimp available for consumption. If you plan on cooking some, make sure you check the origin. Some have to be harvested on the ocean floor, damaging the ecosystem.

Much like Tiger Shrimp, Chinese White Shrimp’s location is relatively self-explanatory. Because of their watery consistency, this shrimp species is usually served along with rice and greens. The flavor is accentuated with a healthy amount of spices.

Usually found in New York and Florida coastal waters, the White Shrimp is one of the most common species consumed in the United States. On average, these grow up to about 8 inches in length and were the first breed of shrimp to be raised for consumption in the United States.

Smaller in size and mild in taste, this shrimp is almost exclusively native to the United States. Typically found near the waters of Massachusetts, Maine, and Alaska, they’re also found near European countries such as Norway. They’re typically small (4 inches at the most)and used for salads and dishes that require pan-frying.

Now that you’ve got a craving for shrimp, we invite you to take the time to visit us at PJ’s Lobster House. For a menu, reservations, and much more, visit us at pjlobsterhouse.com. Don’t forget to visit our fresh fish market!