How to Boil Lobster

Would you like to know how to boil your own lobster? Maybe you just want to learn how we do it. Either way is fine with us since we’re the place to visit for freshly prepped seafood entrees, or to take home lobster from our large fish market. 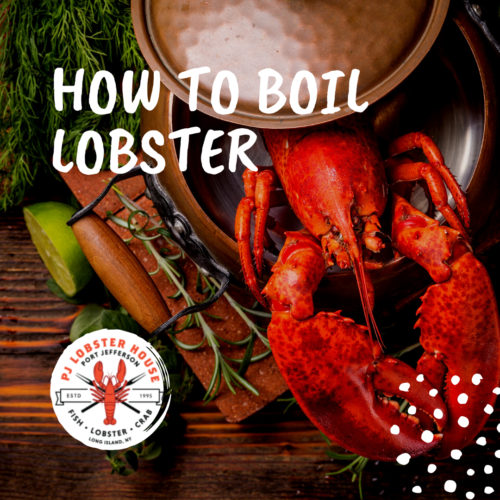 Whichever way you prefer, here’s how to boil lobster.

Why is boiling lobster such a great idea? It’s because boiling gives you a much more even cook than steaming, and it’s also the best way to tenderize the meat (making it easier to pull off the shell).

Here are some general guidelines on how long it’ll take to boil. A small lobster, weighing about one pound, will take about five minutes to boil. Larger lobsters, at around five/six pounds will take roughly 20 minutes to cook.

Also, yes, it is better to boil lobsters alive. This is a better approach for minimizing bacterial problems and ensuring freshness. There are other ways to cook lobster, such as grilling, poaching, frying, and even microwaving. However, many seafood enthusiasts appreciate the boiling method for drawing out flavor the most.

Don’t forget that we have nearly a dozen ways to enjoy lobster if you order off our dinner menu at PJ Lobster House. This includes terrific options such as . . .

PJ Lobster House is the best place to enjoy boiled lobster or take some home with you to cook. If you have any other lobster questions, call us to learn more at 631-473-1143.