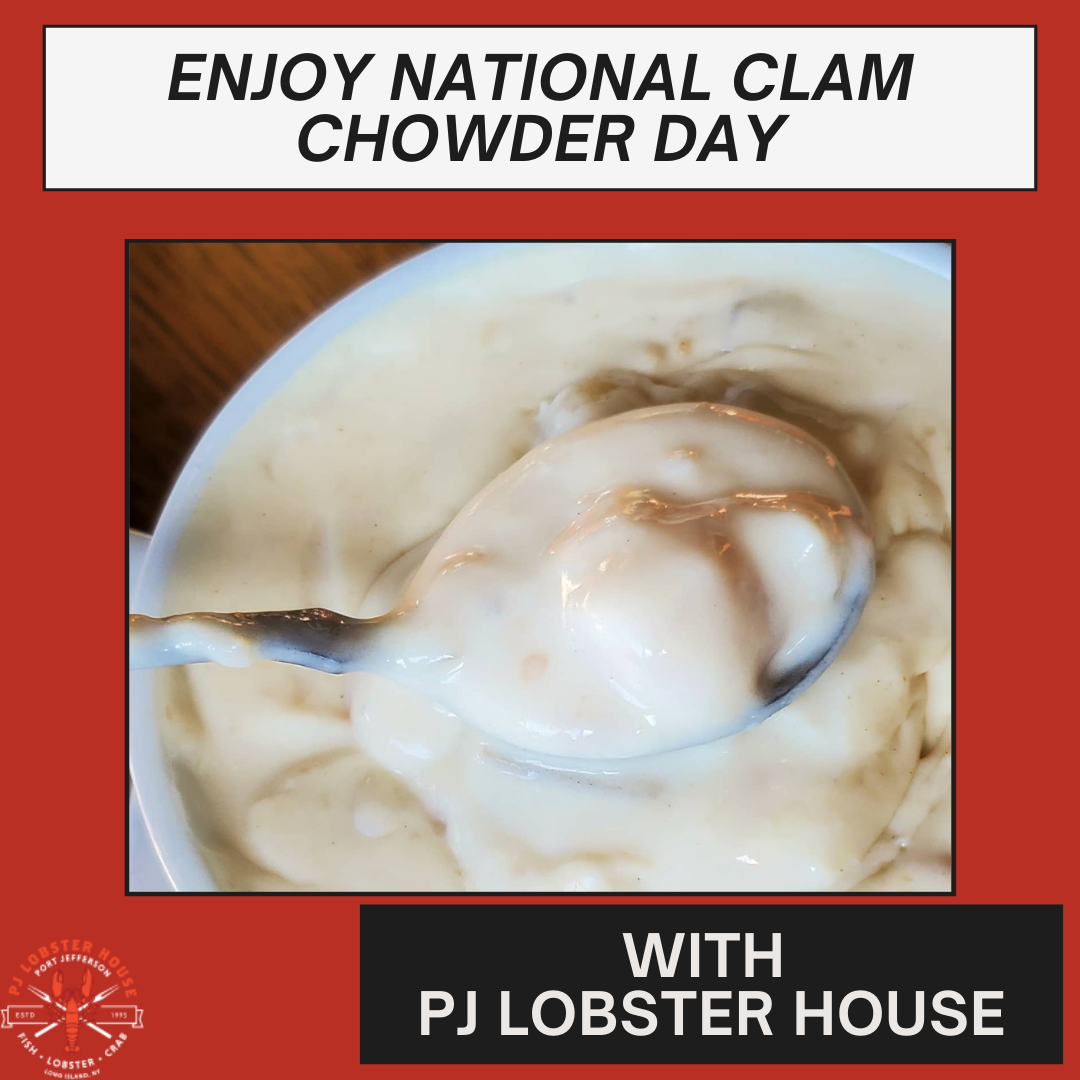 Clam chowder is one of the most comforting soups. It’s warm, satisfying, and delicious. On a cold winter’s day in February, nothing beats a bowl of clam chowder. At PJ’s Lobster House, we sell fresh chowder clams in our fish market, or you can order clam chowder off of our restaurant menu.

We have Manhattan Clam Chowder and New England Clam Chowder available at our restaurant. Order a cup as an appetizer, a bowl as a meal, or a quart to serve you and your friends or family.

New England Clam Chowder was introduced in the 1700s. It was first served in a restaurant in 1836 at Boston’s Union Oyster House. The first time a clam chowder recipe was printed in a cookbook was in 1934 when a Manhattan Clam Chowder recipe was published in “Soups and Sauces” by Robert Jones and Virginia Elliot.

Learning to make clam chowder isn’t too difficult. You can spend this February 25 trying your hand at a chowder recipe. You can find the “Soups and Sauces” recipe, or you can search for another chowder recipe online or in your favorite cookbook.

To celebrate National Clam Chowder Day this February 25, order some clams or chowder at PJ Lobster House. You can find our restaurant and fish market at 134 Main Street in Port Jefferson, New York.